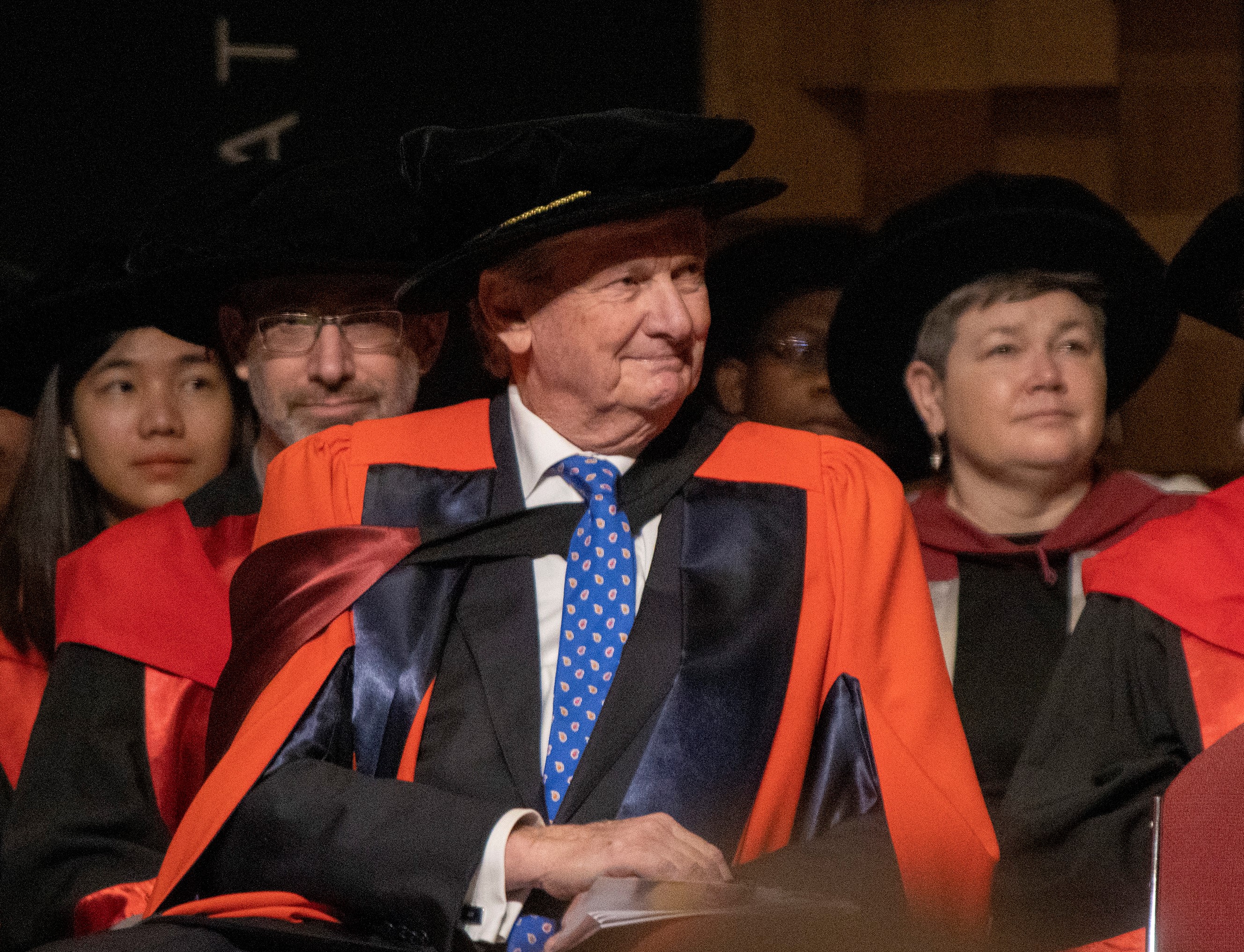 As the world continues to grapple with the COVID-19 pandemic, the need for investment and interest in the highest quality medical research has come to the forefront.  Someone who has always championed the importance of this is the former longstanding Chair of the Board of the Menzies Institute for Medical Research, Bruce Neill.

His service and dedication has been rewarded with Mr Neill receiving an honorary degree from the University of Tasmania.

Since becoming Chair of the Board in 2013 he quickly became the Institute’s most active donor, volunteer and advocate.  He has been personally involved in the establishment of six postdoctoral Select Foundation Fellowships, which are ongoing, and led the fundraising campaign to build the Medical Science Precinct in Hobart near the Royal Hobart Hospital where Menzies is currently located.

His success as a business strategist, developer and manager, as well as his accomplishments as a cricketer, gave him extensive networks. He used these networks to provide opportunities for Menzies that would have remained untapped without his efforts.

Mr Neill’s ongoing advocacy, philanthropy and fundraising has been critical in shaping the Menzies Institute as we know it today.

In more recent years he was committed to the concept of a flagship focusing on multiple sclerosis research. He advocated for the work and facilitated meetings with stakeholders, including political representatives in Canberra. The MS Research Flagship Program subsequently received $10 million in federal government funding plus millions more in philanthropic and other funds. Tasmania has the highest prevalence of the disease in Australia, and Menzies has become a national hub for research into MS.

His support for Menzies and the University of Tasmania has had a profound impact on our capacity to undertake world-class medical research, and this major contribution will have a legacy of improving the health and wellbeing of Tasmanians for generations.