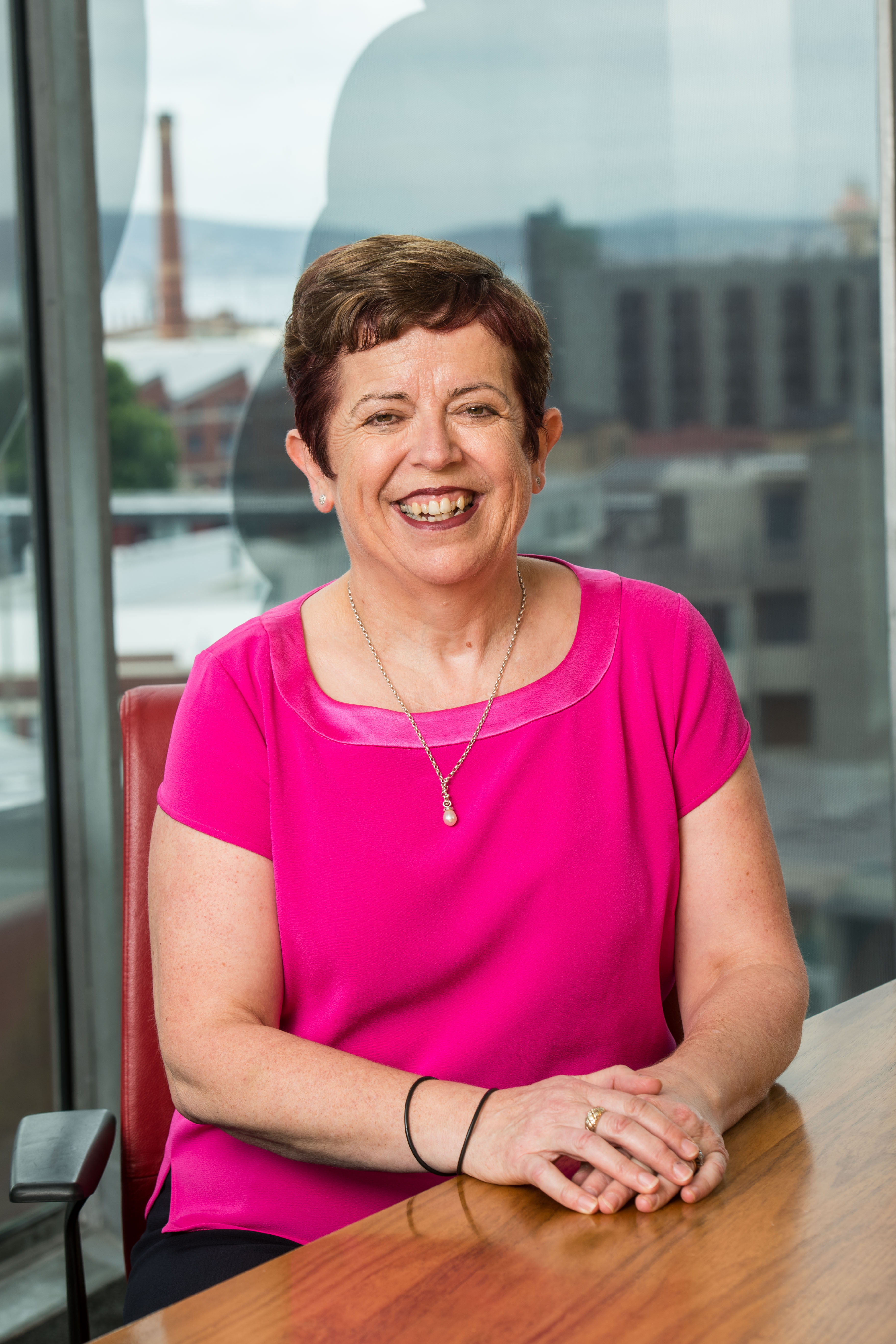 Professor Moira Clay PhD is regarded as one of Australia’s foremost experts in the niche area of health and medical research strategic management.  She has been a vigorous advocate for researchers for close to 20 years, with extensive senior executive experience in funding bodies and medical research institutes in Victoria, New South Wales and Western Australia.  She was President of two peak bodies – the Australian Society for Medical Research (2003) and the Australasian Research Management Society (2013) – leading significant public, political and scientific advocacy initiatives.  She has worked closely with Federal and State Governments for more than 20 years.  She holds an Adjunct Position as Professor with the University of Western Australia.

Moira established her research management consultancy, Moira Clay Consulting, in 2013 and has had a wide range of clients including universities, medical research institutes, professional bodies, funding bodies, and charities.  Her work focuses on empowering organisations to unlock their potential, realise opportunities and overcome challenges presented by a diverse, complex and dynamic sector.

Moira combines her experiences from a successful 10-year research career in laboratory-based cardiovascular research, her achievements in research management and her extensive experience sector-wide to build bridges between organisations and find bold and innovative solutions to achieve research impact, sustainability and benefit.

Professor Alison Venn has been the Director of Menzies since January 2016 and prior to that was the Institute's Deputy Director, Associate Director (Research) and leader of the Public Health and Primary Care research theme. She began her career as a biomedical scientist specialising in immunology and biochemistry,   but an interest in public health and the social factors affecting health drew her into epidemiology, where she has focused on cardiovascular disease through the life course and cancer. She has more than 200 peer-reviewed journal articles published, including in The Lancet, New England Journal of Medicine, British Medical Journal and the Journal of the American College of Cardiology.  She has been awarded more than $35 million in research funding over her career. Professor Venn leads the NHMRC-funded Childhood Determinants of Adult Health Study, is the Director of the Tasmanian Cancer Registry and the Tasmanian Data Linkage Unit and contributes to numerous partnerships with the Tasmanian Government. As Director of Menzies Professor Venn is a member of the University's College of Health and Medicine Management Team.

Professor Koutoulis has also maintained a strong teaching practice over the last 20 years. He has developed courses and undertaken major curriculum reviews in the Biological Sciences and is a strong advocate for the role universities play in both developing individuals and transforming societies.

Professor Koutoulis has served in senior roles for over 15 years at the University and is currently Deputy Vice-Chancellor (Research).

Pip is an experienced health service executive who has held policy development, purchasing and operational management roles.  She has  keen interest in translational research and health system reform  particularly in the broader primary health arena and its interface with the acute and aged care sectors.  Prior to ceasing full-time employment with the Department of Health and Human Services she was a deputy secretary.    Pip is currently a member of the University of Tasmania Council, Vice President of Tennis Tasmania and a non executive director of the Australian Osteopathic Accreditation Council.  She is a former member of the Tasmanian Institute of Sport Board , National Council of the Australian Hospitals and Healthcare Association and Department of Health Audit Committee.  Pip has a Bachelor of Economics,  Master of Business Administration and a graduate of the Australian Institute of Company Directors.

Professor Stephen Tong is a clinician-scientist (specialist obstetrician) at the Mercy Hospital for Women and the University of Melbourne. A NHMRC Practitioner’s Fellow, he is also co-director of Mercy Perinatal, a leading national centre for pregnancy research, education and clinical care.

He is strongly focussed on translational research - developing new diagnostics and treatments to tackle major complications that threaten the lives of mothers and babies. His team has taken several laboratory therapeutic discoveries to international clinical trials currently running in The United Kingdom, South Africa, New Zealand, and across Australia. These include drug treatments for ectopic pregnancy and preeclampsia.

Funded by an NHMRC Synergy Grant (which he holds as the chief investigator), his team is undertaking a program of research to develop a blood test to help women avoid stillbirth.

He has published over 180 papers, including recent papers in Lancet, Nature Communications, Human Reproduction Update; 10 publications in Hypertension, BMC Medicine and others. He has been awarded three NHMRC Achievement awards (Top ranked Fellowships in 2007, 2012 and 2017) and previously received eleven NHMRC project grants since 2011 (six as chief investigator A).

Professor Geoffrey Donnan AO is Professor of Neurology, University of Melbourne, and former Director of The Florey Institute of Neuroscience and Mental Health (2009-2018).  He is currently Co-Chair of the Australian Stroke Alliance, a collaboration of more than 30 organisations with the aim of improving acute prehospital stroke care for all Australians.

Professor Donnan has a major research interest in acute stroke management, both its clinical and experimental aspects.  He showed that brain tissue could have prolonged survival after stroke and, when salvaged, improved clinical outcomes.  This provided the rationale for acute stroke therapies.  He conducted the first clinical trials of clot dissolving agents (thrombolysis) in Australia and has been a leader in these trials worldwide, leading to the introduction of thrombolysis as the first and most effective form of therapy for acute stroke.  Latterly, he has also been a leader in trials of thrombectomy (clot removal by catheter) in acute stroke, one of the most effective interventions in modern medicine.

Professor Donnan has been involved in a number of international initiatives.  He was President of the World stroke Organization (2006-8) and was involved in the establishment of the World Neurology Foundation and the World Stroke Foundation (Secretary).  He is currently a member of the selection committee for the annually awarded Brain Prize, the most prestigious and valuable prize in neuroscience worldwide. He has chaired the scientific/executive committees of a number of international meetings including the 6th International Symposium on Thrombolysis and Acute Stroke (2000), World Stroke Congress (2000) and World Congress of Neurology (2005) and was co-chair of the Education Committee for the World Stroke Congress, Vienna (2008). He has received a number of prestigious international awards including the William Feinberg Award (USA, 2007), World Stroke Organization Leadership Award (2012), Karolinska Institute Award (Sweden, 2012) and European Stroke Congress Wepfer Award (2014).  He is a founding Fellow of the Australian Academy of Health and Medical Sciences.

Rebecca is the Managing Director/Chief Executive Officer of Aurora Energy the Tasmanian state-owned energy retailer. Rebecca has significant executive experience in the utilities sector in Australia and New Zealand in both the public and private sector. Rebecca also has non-executive director experience in the not for profit sector and with industry bodies.

Rebecca is passionate about creating and realising value for customers, organisations, employees, shareholders and the broader community.  She has proven performance in the creation and execution of strategy, which is supported by her strong ability to collaborate, constructively challenge, facilitate change and culture leadership.

Rebecca holds a Masters of Business Administration, a Bachelor of Computer Science and is a member of the Australian Institute of Company Directors.

Edward is an experienced executive who has held roles in finance, marketing consulting and heavy industry and manufacturing over the past thirty years. Edward’s most recent executive role was with Australian investment advisory firm Evans and Partners where he was a Partner and Executive Director during a decade with the business. He has extensive experience advising high-net-worth individuals, not for profit organisations and family groups on their investment strategies.

Edward is a non-executive director of Maddie Riewoldt's Vision, a former director of Cricket Tasmania, former director and Chair of The Primary Club of Australia (Victoria) and produces and hosts ‘The Wide Open Road’ Podcast series focusing on athlete transition to life after sport.

He graduated from University of Tasmania with a Bachelor of Arts, has a Graduate Diploma of Marketing from Monash University and is a Member of the Australian Institute of Company Directors.