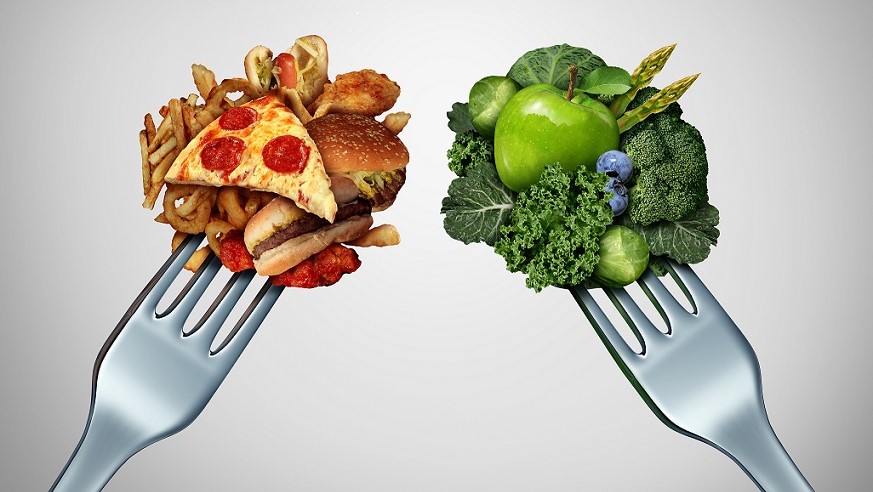 If that New Year’s resolution is fresh in your mind – healthier eating and consistent exercise – then research from the Menzies Institute for Medical Research at the University of Tasmania will provide you with just the encouragement you need.

Researchers looked into the association between weight gain and meeting simple guidelines for four key behaviours by surveying a cohort of 1155 people (43% men, 57% women) at two points five years apart.

The four behaviours were: eating breakfast, limiting takeaway food to no more than once per week, taking at least 10,000 steps per day and watching no more than two hours of television per day.

The research participants were aged between 26 and 36 when the data was collected for the first time. The average weight gain for the entire cohort over five years was 2 kilograms.

The greatest weight gain tended to be among those whose healthy behaviours lapsed between the first and second surveys. Weight gain increased as the number of guidelines met decreased. Participants who met none or only one guideline gained on average 3.8 kilograms more over the five years than those who met all four guidelines.

While the majority of participants met the recommendations for breakfast, takeaway food consumption and television viewing, most did not achieve 10,000 steps/day. Women were more likely to meet the guidelines than men.

Dr Smith said the survey provided encouragement for young adults to make some simple changes to reduce weight gain. “Weight gain is common among young adults so here are four simple things to consider. Our analysis clearly shows the association between the behaviours and weight gain,” she said.

The data analysed was collected as part of the Childhood Determinants of Adult Health study (CDAH), a Menzies longitudinal study that is tracking cardiovascular health through the life of several thousand Australians first surveyed as school children in 1985.

This research has been published in BMC Public Health.